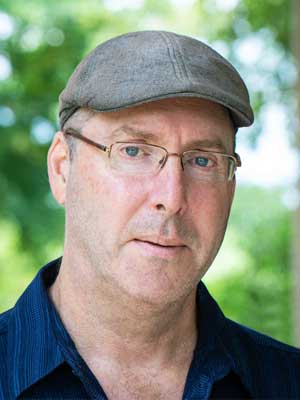 hasn’t yet encountered one of his characters in the flesh, but they’re roaming around in various places, including his novel To Zenzi (winner of the 2019 AWP Prize), and in stories that have appeared in North American Review, Witness, The Mississippi Review, and Stone Canoe (among others), and in the anthologies Micro Fiction and Yellow Silk II. He lives in Westchester County, NY.

A writer of thrillers encounters a woman who claims to be the clever central character from his first novel. He plays along for a while, enjoying her witty company and the social boost she gives to his fading renown, but when she demands his involvement in a scheme to steal millions, he starts to wonder if she has, in fact, emerged from his fiction.

As the situation becomes increasingly dire, he struggles to outwit her double-crossing skills.

“Are you Mr. Mason Vauxhall?” she asked.

“Caro…  Some years ago, you gave me a fortune, but I’m afraid I squandered it, and now I’ve come to you for help.”

I scrambled, silently, to find an explanation. The never-revealed child of a long-ago lover? No, of course not. That was the stuff of cheap fiction, cheaper than mine.

“It’s like a scene from one of your novels, isn’t it?” She smiled. “All someone needs to do is pull a small black pistol from a pocket.”

At home, in bed, still swimming in booze, full of carnal heat, I forgave her. We wrapped ourselves around each other and I whispered, “One of these days, Caro, you’ll tell me your real name.” 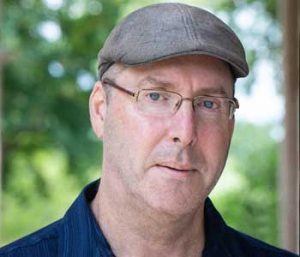 Robert Shuster hasn’t yet encountered one of his characters in the flesh, but they’re roaming around in various places, including his novel To Zenzi (winner of the 2019 AWP Prize), and in stories that have appeared in North American Review, Witness, The Mississippi Review, and Stone Canoe (among others), and in the anthologies Micro Fiction and Yellow Silk II. He lives in Westchester County, NY.

In high school, my stern biology teacher, who never put up with any nonsense, surprised the class one day by suggesting (the context is forgotten) that we might all be existing as part of someone else’s dream. It was the first time I’d heard such a notion, and that questioning of reality fascinated me. Tragically, the teacher died that same year, collapsing in class, and his words have haunted me ever since.

My story, Caro’s Return—in which a writer meets one of his characters—playfully considers fiction as a kind of dream, one that the dreamer cannot always control.

It’s always tough for me to remember the precise origin of a story after I finish it, but for Caro’s Return, there’s certainly an influence from Jorge Luis Borges, whose work I first read and admired in college—all those fabulist stories told with faux gravitas and sprinkled with his trademark references and footnotes, delightfully obscure because they were often invented.

In Caro’s Return, it seems that I’ve looked more toward Borges’s “confessional” tales, penned by men in dire circumstances, such as The Garden of Forking Paths.

I would say, too, that the that fantasy of meeting a character, whether one of my own or someone else’s, has been an enduring one. When I was younger and appearing on stage in community theater productions, I envied playwrights (I still do)—they get to see their creations up close, in the flesh. Adding to the thrill, the characters’ actions are not entirely under their creator’s control. The podcast of my story comes pretty close to that experience, and forms a kind of circle: listening to one of my characters describe an encounter with one of his.

I am a tuba player, and perform regularly with an orchestra in Manhattan, as well as with a tuba quartet.

The first adult books I remember reading as a child, around the age of 11, were the espionage thrillers of Alistair MacLean, all coming from my mother, who would check them out of the library. I loved their action, twists, betrayals, femme fatales, and the sardonic narrators. These days, I will occasionally revisit one of MacLean’s earlier (better) novels, mostly to be entertained by his plotting. I actually had MacLean in mind when creating the central character (and his oeuvre) for Caro’s Return.

I don’t laugh much, I have to admit, but when I do it’s usually from something quirky and unexpected. Recently I signed up for a year’s subscription to The Criterion Channel, and discovered an Italian film I’d never seen before, by a director I didn’t know— Luis García Berlanga’s The Executioner, a delightful dark comedy I didn’t realize was a comedy until it made me laugh with its (literal) gallows humor. It was exactly what I needed for my Covid anxiety—not comfort (I’m tired of comfort) but something that matched my edgy mood.

What's the best thing that's happend to you recently?

After the years I spent writing and revising my novel To Zenzi, after all the hours spent going over the digital proofs (and the corrections), I was finally able to hold in my hands a printed galley copy of the book. It arrived in a package in mid-December of 2020, and I thought at first it was another Christmas gift sent to me by a friend or relative for a holiday we needed to celebrate separately for health reasons.

It sat under the tree for several days until it occurred to me what it was. Feeling its heft, seeing the wonderful cover, and riffling through the pages was pure happiness. 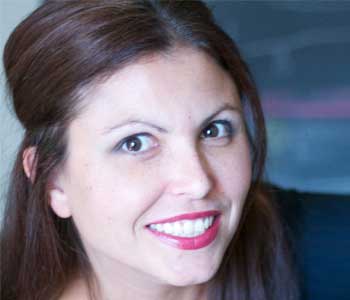 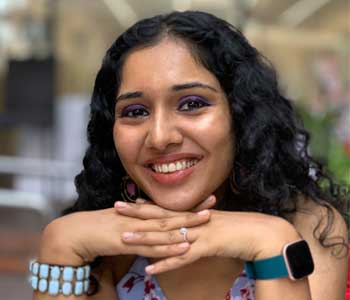 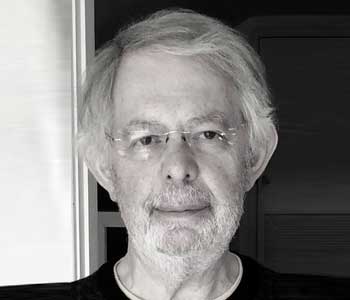